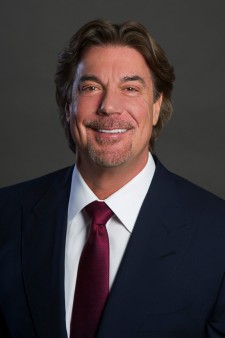 KALAMAZOO, Mich.—Western Michigan University's Haworth College of Business has received a major naming gift from alumnus Robert Kaiser, owner and chief executive officer of Gallagher-Kaiser Corporation, based in Troy. The gift funds the renovation and expansion of the college's sales lab facility.

The Robert S. Kaiser Sales, Negotiation and Leadership Lab will serve the growing number of students in the sales and business marketing major. At the program's inception, there were 49 majors. Now, 18 years later, enrollment has topped 320 students, necessitating a lab expansion to accommodate the major's growth.

The gift will upgrade the current lab to a state-of-the-art space. Improvements will include:

"Over the years, I have been fortunate to be in a position to give back to many organizations and to make contributions that result in impactful change," says Kaiser. "Perhaps one of the greatest opportunities is the chance to give back to where it all started. It's an honor to help advance the education of my fellow Broncos—the next generation of business leaders."

The new lab is transformational for sales and business marketing students. In addition, the facility will now be an ideal setting for seminars and possibly a regional sales competition.

"The Robert S. Kaiser Sales, Negotiation and Leadership Lab with its state-of-the-art technology, along with instruction from our excellent faculty, provides students with a powerful educational experience that will bring even more of the best companies to WMU's Haworth College of Business to recruit our graduates," says Dr. Steve Newell, professor of marketing. "This renovation and expansion also helps to secure our reputation as the best sales program in the country."

The lab is an invaluable tool for delivering the renowned experiential curriculum of the sales and business marketing program, which has been recognized by the Sales Education Foundation as one of the premier programs in the country and is ranked No. 1 in the nation by Study.com.

"Thanks to the vision and generosity of Robert Kaiser, our students are able to hone their talents in a laboratory facility designed to help them excel," says Dr. Satish Deshpande, dean of the Haworth College of Business. "We look forward to seeing our program flourish with the Robert S. Kaiser Sales, Negotiation and Leadership Lab as a vital part of the sales and business marketing program."

Robert Kaiser is the owner and CEO of Gallagher-Kaiser Corporation, the world's premiere automotive paint shop supplier. The company maintains multiple manufacturing facilities in Detroit, with a corporate headquarters in Troy.

After graduating from WMU with a degree in industrial marketing in 1978, Kaiser went on to work in the family business. In 1984, he began competitive offshore powerboat racing and became a national and world champion. After 14 years on the world circuit, he retired from the sport and was inducted into the hall of fame.

Under Kaiser's leadership, Gallagher-Kaiser has become a world leader in engineering, procurement and construction. The company further expanded its capabilities when Kaiser purchased Universal Piping Industries in 2010. Today, Gallagher-Kaiser builds General Motors' most technologically advanced paint shops around the world. The company has won four consecutive General Motors Supplier of the Year Awards.

In addition to his success in expanding his companies, Kaiser's business interests have extended beyond the automotive industry. With extensive real estate holdings of top properties throughout North America, Kaiser has proven to be a dynamic force in the world of business.

With a 100 percent post-graduation success rate, the sales program is more in demand than ever. Accomplishments include: