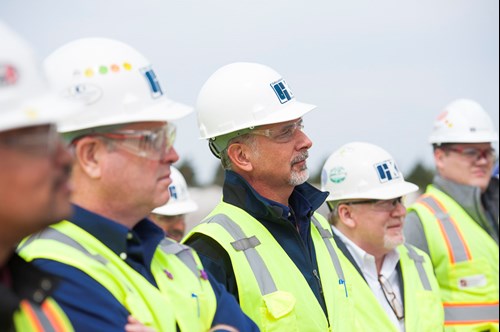 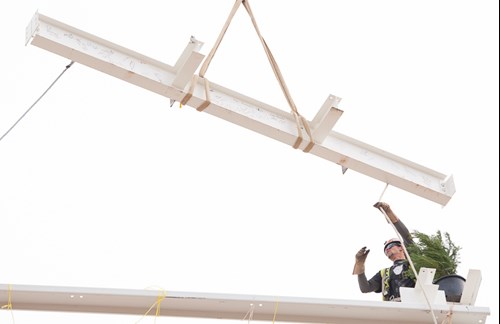 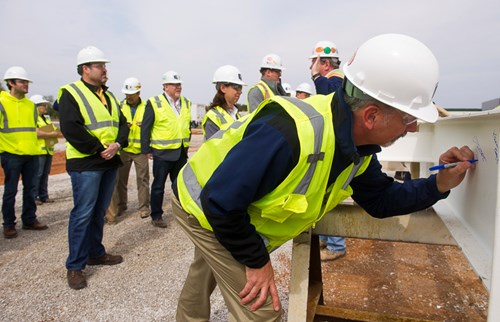 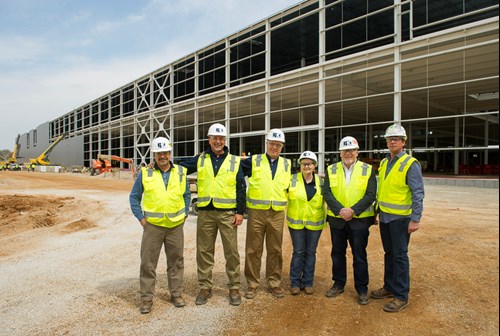 After nearly a year of work, construction crews and their managers gathered to see the final steel beam of the soon-to-be paint shop before it was lifted into place.

Nora Roper, the Assistant Plant Manager of GM Bowling Green Assembly, said the much-anticipated paint shop was something the entire community should be proud of. "It means the continued production of cars here in Bowling Green.

"It means the continued employment of about 150 people that are currently in our paint shop."

Even though the assembly plant was celebrating their latest milestone, there was still a lot of work to be done before the shop was operational.

On the long list of things that still needed to be accomplished was the installation of revolutionary equipment that was the first of it's kind in North America.

"We're putting in a dry scrub system to recapture the paint waste with limestone, and that will be recycled. So, we'll have a more environmentally friendly shop," said Body and Paint Manager Chuck Valentini.

Many of the project enhancements were added on after initial construction was already underway, making the process a long one for work crews.

"It's been difficult just trying to get everything on schedule, and we did it during the winter, so the winter was difficult with a few snow events we've had, the rain and wind. But it's all gone pretty well, actually," Construction Site Manager Marc Roberts told WBKO.

Valentini agreed, saying the best part of the process was still to come.

"It's coming to fruition now, and you can actually see it. And you know, we're a year away from when we're going to paint our first vehicle in this building. So we still have a lot of work to do, but we've come a long way in the time that we've been working on it."