BOWLING GREEN, APRIL 13, 2017 - As the new GM Bowling Green Corvette paint shop nears completion, the project celebrated the first painted vehicle with a traditional hood signing ceremony on April 13, 2017. Together, GM project & plant leadership, Gallagher-Kaiser and tradesmen and women gathered to sign their names on what will be a permanent fixture in the new paint shop.

The signed Corvette hood will continue to serve as a reminder of the group of people whose safe work practices, collective ambition, and willingness to work together, produced one of the most revolutionary projects of it’s kind.

This milestone was especially impressive, as the project was finished in near record time. Despite being challenged by weather and an aggressive schedule, they began painting Corvette bodies in March, less than a year after they celebrated the final piece of steel erected. 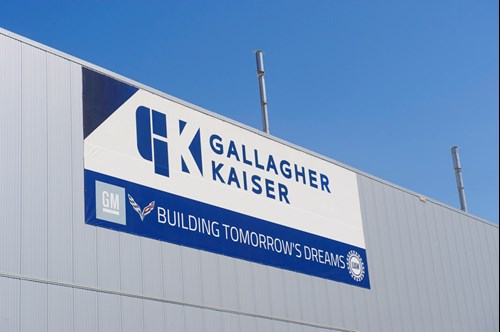