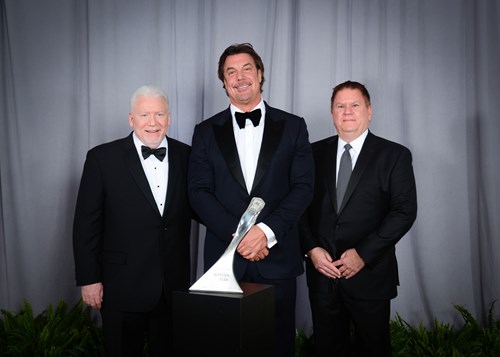 GM recognized 132 of its best suppliers from 17 countries who have consistently exceeded GM’s expectations, created outstanding value, or brought new innovations to the company. The announcement represented the most suppliers GM has recognized since debuting the Supplier of the Year event in 1992. This is the 5th time Gallagher-Kaiser has received the award.

“This is an opportunity for General Motors to honor those suppliers who are truly the best of the best,” said Steve Kiefer, GM senior vice president, Global Purchasing and Supply Chain. “The automotive industry is transforming at an incredible rate. The relationships we have with our supply base means everything when it comes to delivering a strong vehicle lineup today and the cutting-edge vehicles and mobility services of tomorrow.”

More than 45 percent of this year’s Supplier of the Year awardees are repeat winners from 2016.

GM’s Supplier of the Year award is reserved for suppliers who distinguish themselves by meeting performance metrics for quality, execution, innovation, and total enterprise cost. Award winners represent companies who provide products and services to General Motors in the areas of vehicle components, supply chain and logistics, customer care and aftersales, and indirect services.

“2017 is especially significant to Gallagher-Kaiser as it represents our 65 years in business. I cannot think of a better way to symbolize that milestone than with a 2017 General Motors Supplier of the Year Award. To receive this accolade 5 times is a testament to the partnership we have been fortunate to have with GM,” said Bob Kaiser, GK owner and CEO. “Together, with our shared commitment to safety and quality, we are creating the future of paint finishing. Gallagher-Kaiser will continue to deliver unprecedented service to General Motors during the next 65 years.”