GK FOUNDER PASSES AWAY AT 97

Gallagher-Kaiser Founder Passes Away at 97 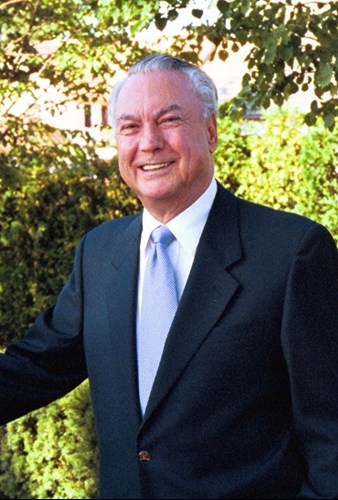 TROY, MI, JUNE 7, 2018 – The Gallagher-Kaiser (GK) family mourns the loss of their founder, Joseph Peter Kaiser III who passed away on June 5, 2018. Often affectionately referred to as Joe Sr., he was born August 8, 1920 and attended the University of Michigan before he served in World War II as a Captain in the Army Air Corps. Following his time in the service, Joe Sr., along with partners Edward Gallagher and August Fegert formed Gallagher-Kaiser Corporation.

In his final days, he was characteristically inquisitive, witty and enormously proud of GK. With his son Bob at his bedside, Mr. Kaiser remained as passionate about the success of Gallagher-Kaiser as ever. His eternal enthusiasm for the business he built decades ago was ever-present.

Bob, now CEO of GK, brought with him the most recent, significant purchase order the company was awarded. His father famously declared a job was never won until the purchase order was received. This company milestone was made even more meaningful when one of the founders, 65 years since starting GK and 34 years since passing it on to his two sons Joseph IV & Bob, was able to witness the success first hand.

Countless lives would be very different today if it weren’t for the passion and perseverance of Joseph Kaiser III.

Throughout his 97 years, he had many roles from husband to father to business owner to grandfather to great-grandfather. Perhaps what made Joseph so successful was his ability to care about all facets of his life immensely. His source of support both personally and professionally cultivated the rich relationships he cherished up until the very end.

“I know I speak for the entire Gallagher-Kaiser family when I say, we will forever be grateful for our founder, my father. His guidance and perspective were a privilege that will be greatly missed. It is our duty to honor his legacy by continuing to give our very best,” said Bob Kaiser. “My brother and I are very proud to be the sons of Joe Kaiser. He always was and forever will be our hero.”

Certainly, Joseph Kaiser III’s life and work will have an immeasurable impact for generations to come.